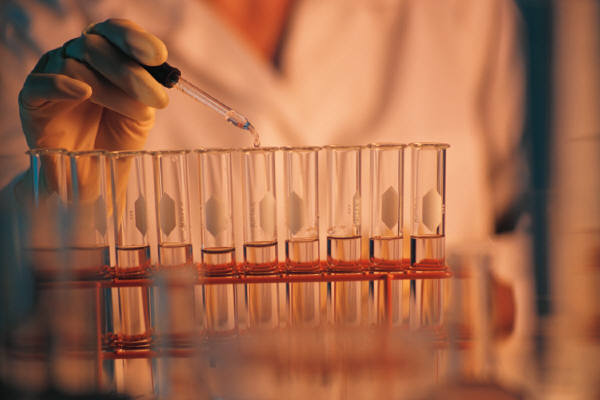 You have already learned about the Scientific Method and its importance in experimentation in other science classes. The Scientific Method of investigating problems allows scientists to use logical steps to arrive at valid conclusions. If all the steps are not followed in the investigation, results and conclusions could be flawed. (Of course, an important step in the scientific method relies on repetition. Results must be reproducible in order to be accepted by the scientific community.)

As you read about the steps in the epidemiological process of investigating disease, think about the reason for each step. Each step is essential. They may just seem like logical steps to you (and they are), but disease was not always investigated in such logical ways. We needed a much better understanding of infectious disease pathogens and disease transmission methods before scientists could define a better way of solving outbreaks. A lack of knowledge still impacts outbreak investigations today; during the Ebola epidemic of 2014-15, many native people did not practice safety procedures with infected patients because they believed that the illness was caused by a curse, not by a virus. Thousands of deaths could have been avoided.

In order to understand the steps in an outbreak investigation, you should be able to:

analytic epidemiology – the field of epidemiology that studies why and how health-related events could occur, including the rates of disease occurrence differences in demographics, behaviors, environmental exposures, and other risk factors.

case definition – in epidemiology, a description of specific conditions and details that should be met in order for the person to be identified as having a particular disease or other health condition.

descriptive epidemiology – the field of epidemiology that organizes and summarizes data regarding persons who are affected by a disease or conditions, time of onset, and location.

epi-curve – a graph that plots the course of an outbreak by date of onset of symptoms.

epidemic – numbers of disease cases, injuries, or other health conditions greater than expected in an area or population during a particular period.

epidemiology – the branch of medicine that studies patterns and causes of health-related conditions and uses those studies and results to control a health problem.

histogram – a graph using bars or columns to represent values in a statistical study; in epidemiology, time is usually plotted on the x-axis with number of cases on the y-axis.

line listing – in epidemiology, a spreadsheet list of cases or patients with information about each patient, including gender, age, and date of onset of symptoms.

outbreak – the sudden rise in the occurrence of a disease or injury in a given area during a given time period; generally considered to be more localized than an epidemic.

Steps for Conducting An Epidemiological Investigation

The Centers of Disease Control and Prevention (CDC) has identified the epidemiologic steps of an Outbreak Investigation. In an actual outbreak investigation, some of the steps may occur simultaneously as epidemiologists work on solving and controlling the spread of disease.

1. Prepare for field work and establish the existence of an outbreak. 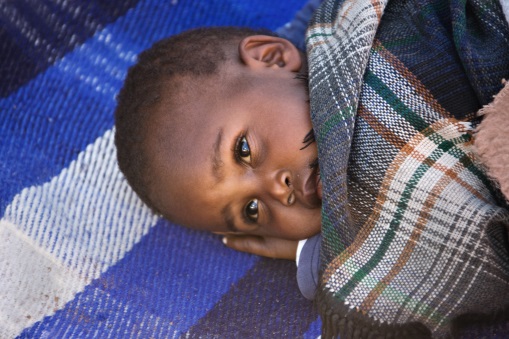 An outbreak is the sudden rise in the occurrence of a disease in a given area during a given time period. An outbreak is generally considered to be more localized than an epidemic. An epidemic is the occurrence of more cases of a disease than would normally be expected in an area or population during a particular period; epidemics involve more cases than outbreaks and occur over a wider area.

The first task is to verify if an outbreak is occurring. Usually, case data that comes into a national healthcare organization like the National Institutes of Health (NIH) or the Centers for Disease Control (CDC) have already been analyzed for frequency of occurrence. Unusual cases that do not exceed the normally expected values may be investigated as well.

Preparation for field work involves gathering the necessary supplies, equipment, transportation arrangements, information about similar outbreaks, journal articles, sample questionnaires, and personnel that may be particularly qualified to handle this disease. Field work is not always necessary if investigators can perform the necessary analysis from their labs and offices and there are appropriate health officials on the scene.

Note: If cases are increasing, but are not more than would normally be expected by health department data or national health records, it would not be classed as an outbreak. 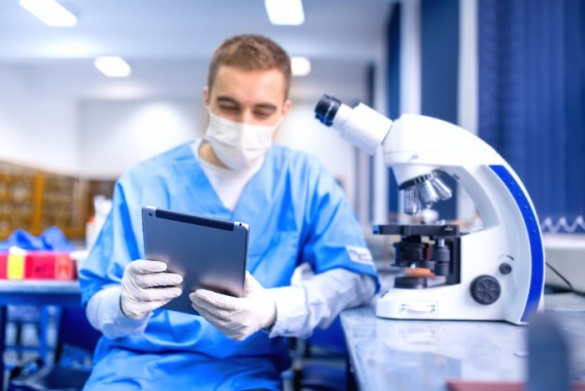 Epidemiologists order clinical tests in the field or review results done by field hospitals and laboratories to make sure the diagnosis is correct. They also conduct patient interviews to gain a better understanding of the disease process, the incubation period, and how the patient may have been infected. They ask about patient activities in order to identify people who may also be infected or if the patient has spread the disease to other people.

In the 2014-15 Ebola outbreak the disease was incorrectly identified as cholera and malaria for three months. Many more people died and the outbreak spread to several countries before it could be contained. 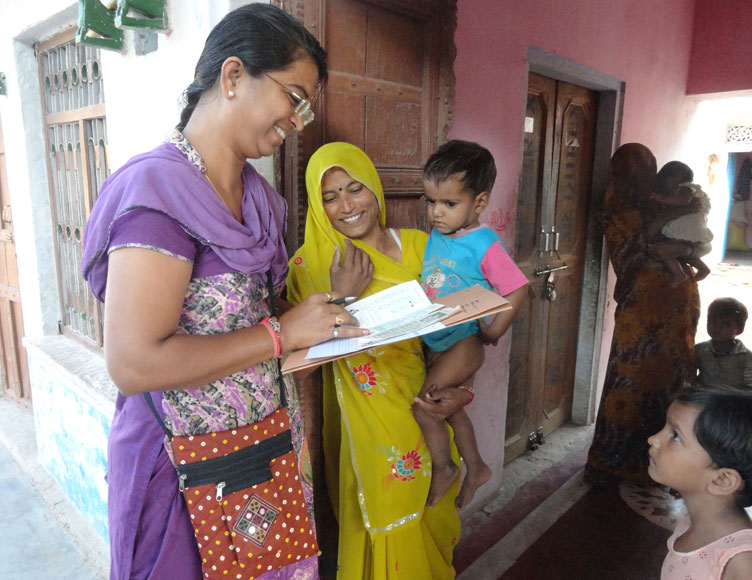 A case definition is a description of a set of criteria that is used to include or eliminate patient’s symptoms as having the health condition in the outbreak. The description is based on objective criteria, such as degree of fever, presence of rash, description of the type of rash, or severity and length of headache.

The case definition also includes the time of onset of disease symptoms and location of the patient.

The cases that are recorded by health departments are often a small part of the actual total number of cases. In order to get a clear picture of the outbreak, epidemiologists must look for possible additional cases by asking for reports from public health agencies and healthcare facilities such as clinics and hospitals. This is called passive surveillance. They also go directly to the public to solicit information about the illness in the community (called active surveillance). Patients are a good source of information concerning other contacts, if the condition is infectious.

The data is organized into the case report forms which detail symptoms and patient demographics, such as gender and age. The case reports become part of a larger line listing which includes similar information but many more cases.

This table is part of a line listing of an anthrax investigation.

Example of a case form for a patient with Lyme Disease.

5. Analyze data as to time, person, and place. 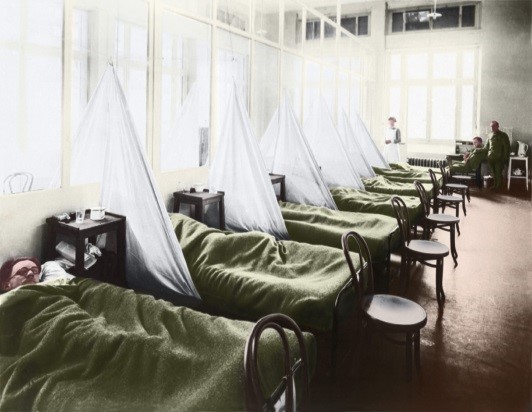 Called descriptive epidemiology, this step yields valuable clues about the disease. Identifying the pathogen does not always mean that you know how it was transmitted; the same pathogen can be transmitted in a number of different ways. An analysis of time can provide clues about incubation periods and trends can determine the infectivity of a viral strain.

Compiling demographic information can provide insights, such as if some populations are more affected than others. Analysis of data also includes tables and histograms for age and gender and an epi-curve that provides a graphical display of the outbreak over time. An epi-curve graphs the number of cases and time of onset.

Mapping cases can provide valuable clues to transmission, sources of contamination, local water supplies, or other characteristics which might allow epidemiologists to control the outbreak.

(For more information or to practice constructing epi curves, see Creating and Interpreting an Epi-curve.)

Although developing a hypothesis is usually listed as a step after gathering and graphing the case data, epidemiologists usually work a few of these steps simultaneously. While they are reviewing case reports and line listings, for example, they are often thinking about what could be the cause of the outbreak (the hypothesis). As each piece of the outbreak puzzle presents itself to investigators, they are constantly revising and reorganizing what they know in order to resolve the situation.

7. Test the hypothesis epidemiologically. Refine and re-evaluate as necessary.

Even if the hypothesis is correct, a more specific hypothesis is sometimes needed in order to yield more information on transmission or source of the outbreak. Epidemiologists use many more case reports, interview as many patients as possible and consider multiple variables to test specific outbreak factors.

Analytical epidemiology studies the rates of disease occurrence, differences in demographics, behaviors, environmental exposures, and other risk factors involved in the outbreak disease. It adds to or supports descriptive epidemiology in resolving an investigation.

8. Check your hypothesis with laboratory results and environmental study data.

At this stage of the investigation, laboratory results are usually available and other studies that have been on-going are yielding data. It sometimes takes weeks to obtain lab results of tests that require growing bacterial or viral cultures and multiple steps to perform in a lab hundreds, if not thousands of miles away. During this time, the investigation has continued and data from all steps can be analyzed. The hypothesis as to the cause can be confirmed. 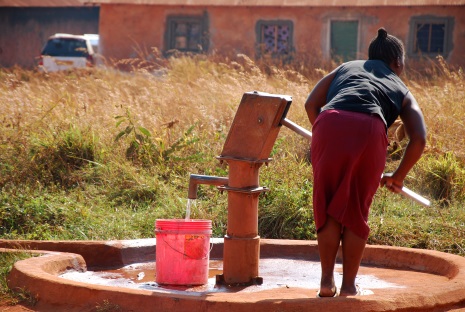 This is another step that is often done at the same time as other steps in an epidemiological investigation. If the cause of the outbreak is reasonably thought to be water-borne, it is a good idea to stop people from drinking the water even though definitive test results have not been received; if the outbreak is thought to be spread person-to-person through respiratory secretions, then a public warning about spread of the pathogen is a good control measure. Sometimes, control measures are started even before an investigation if the cause and effective controls are not in doubt. The first priority of health departments is to protect public health.