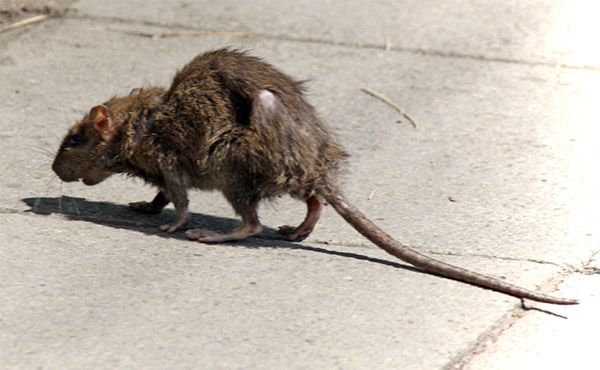 In epidemiology, transmission simply means any method by which an infectious agent is spread from one host to another. Knowing the type of pathogen often, but not always, identifies how the pathogen is spread, and sometimes allows scientists to more quickly identify the source of the infection. In those cases, prevention and control measures can be applied quickly to stop the spread of disease.

Some pathogens can be transmitted in more than one way, and epidemiologists don’t always know the type of pathogen when they have to try to stop its spread. Tests to identify the exact pathogen may take days to complete while cases increase and lives are lost.

Careful analysis of patient cases and interviews with people who may have been exposed help identify possible sources of food or water contamination, other people who came into contact with the pathogen, or those organisms that may carry the disease (vectors), such as insects.

To better understand the ways infectious disease can be transmitted, you should be able to:

carrier—a person or animal that harbors an infectious disease agent and can transmit it to others, but does not usually demonstrate any signs of the disease.

direct transmission—immediate transfer of a pathogen from one site or organism to a host by direct contact or droplet spread.

droplet nuclei—dried droplets of infectious agents that are inhaled and exhaled and remain suspended in air for long periods of time; can be blown over distances.

droplet spread—the direct transmission of an infectious agent through sneezing, coughing, or talking and that travel only a short distance before falling to the ground.

host—an organism that has an infectious agent living on or in it under natural conditions.

infection—the invasion of body tissues by an infectious organism; does not have to cause disease conditions.

portal of entry—the pathway by which an infectious agent can enter its host. For example, the influenza virus’s portal of entry is host’s respiratory tract.

reservoir—in epidemiology, the location in which an infectious agent normally lives; includes humans, animals, plants, or the environment.

source (of infection)—the person, animal, object, or substance from which an infectious agent is transmitted to a host.

transmission—any mechanism by which an infectious agent is spread to a host.

transmission, direct—transfer of an infectious agent to a host by direct contact.

transmission, indirect—transfer of an infectious agent by air, by object, or by a vector.

transmission, mechanical—transfer of an agent by a vector that is not part of the life cycle of the infectious agent.

vector—a living organism such as an insect or arthropod that carries a disease-causing agent from one host to another in the life cycle of a pathogen.

vehicle transmission—a non-living object that carries a disease-causing agent from one host to another in the life cycle of a pathogen.

Transmission of an infectious disease agent is any method by which the pathogen is spread from one host to another. Transmission can be direct or indirect.

Direct transmission is the transfer of an infectious agent directly into the body. This is exactly what it seems to be. It occurs through direct contact with the pathogen, but the pathogen can be delivered into the body in different ways.

Note: Pathogens delivered by droplet or droplet nuclei are usually limited to about one meter’s distance away from the victim. Longer distances or a more indirect route to the victim is classified as an indirect transmission through airborne means. 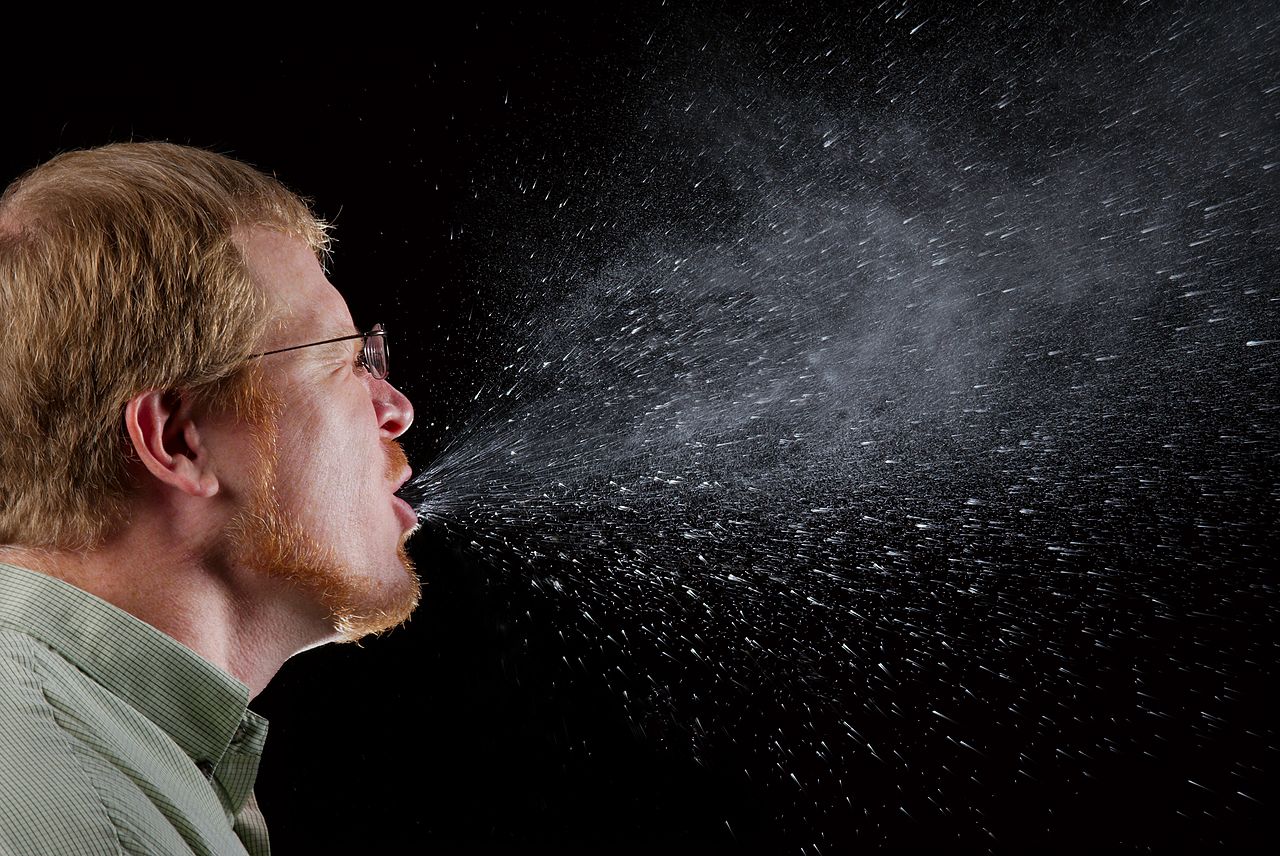 Indirect transmission is the transfer of a pathogen by a vector, vehicle, or through the air.

A vector is a living organism, such as an insect or arthropod that carries a disease-causing agent from one host to another in the life cycle of a pathogen.

Types of vector-borne transmission modes are classified according to what life cycles changes occur for the pathogen in the organism.

For example, mechanical transmission is the transfer of an agent by a vector that is not part of the biologic life cycle of the infectious agent; no reproduction of the pathogen occurs in this type of vector. 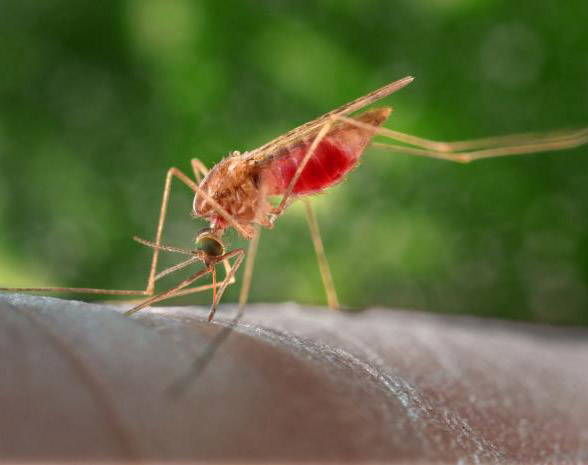 A female Anopheles mosquito taking a blood meal from a human hand. Note the blood filling up the abdomen. The malarial parasite is injected into the human host as the mosquito feeds. 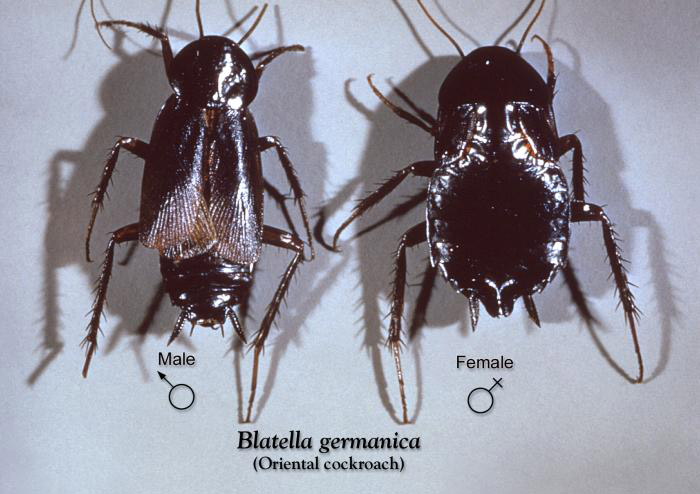 The oriental cockroach, Blatella orientalis, acts as a vector for numerous disease-causing agents.

In mechanical transmission, insects shed parasites on mouthparts, body and leg hairs, pads of the tarsi (feet), and through feces and vomit. If ingested by the insect, protozoan parasites can pass through the insect digestive tract without a change to the disease-causing capability.

Epidemiologists study the life cycles of pathogens and their vectors. They find out what occurs at each stage of the life cycle so they can better diagnoses future outbreaks, understand the infectious disease process of the pathogen, and more effectively implement prevention and control strategies.

Examples of vectors and diseases they carry are given in the table below. 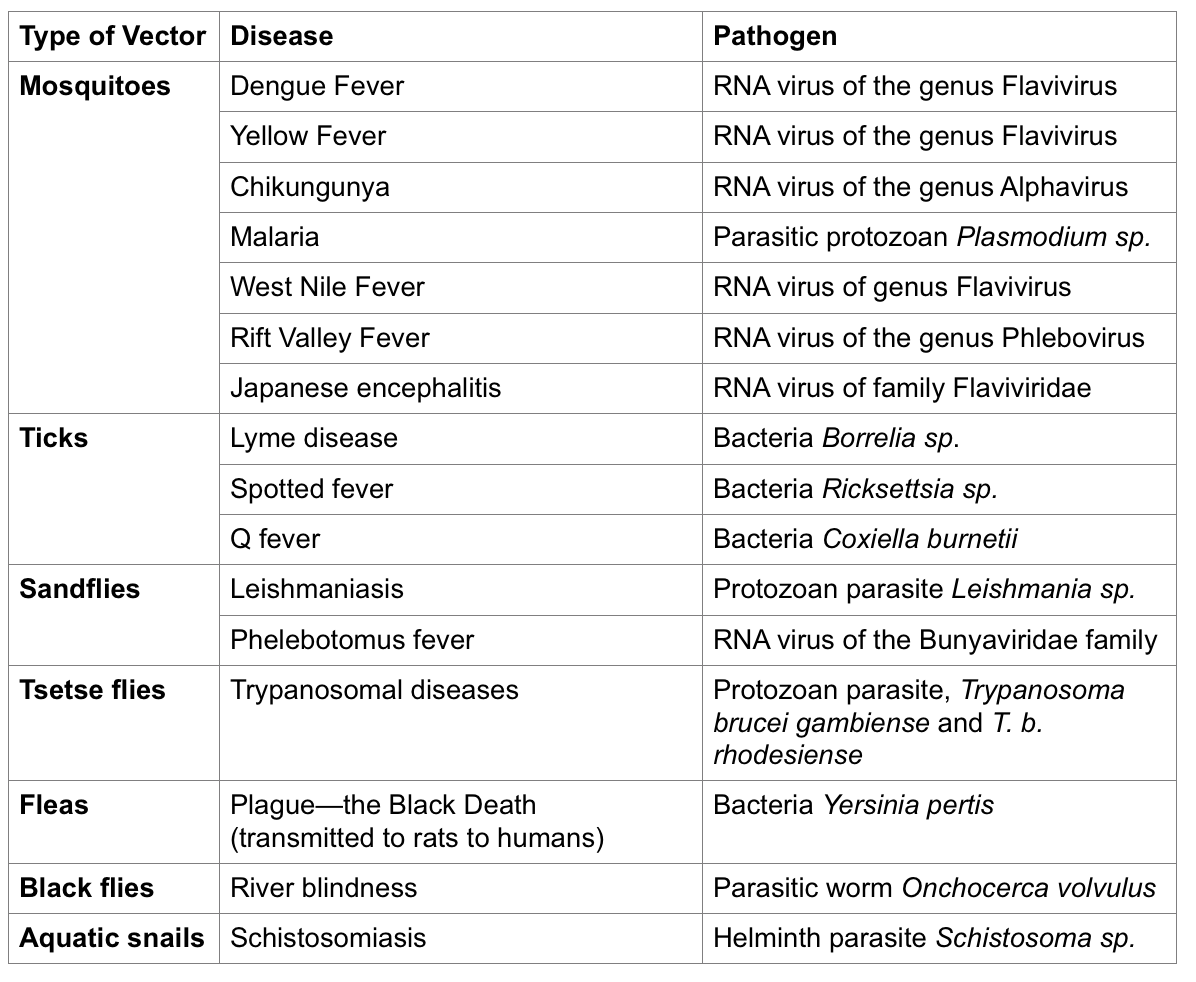 Vehicle-borne transmission occurs when a non-living object carries a disease-causing agent from one host to another in the life cycle of a pathogen. Inanimate objects that can carry disease include cooking utensils, bedding, clothing, toys, surgical instruments, medical supplies, water, blood, serum, plasma, and body tissues and organs. 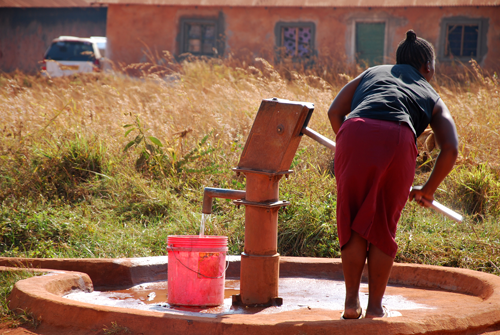 In airborne transmission, pathogens are suspended in the air and enter a body through the respiratory tract. This may sound at first like the droplet or droplet nuclei of contact transmission mentioned above, but in airborne transmission, infectious agents may be suspended in the air for longer periods of time. Pathogens become airborne when they are shed from feces, sprayed from urine, or distributed by many different processes such as heating, cooling, or venting systems, or slaughterhouse environments. 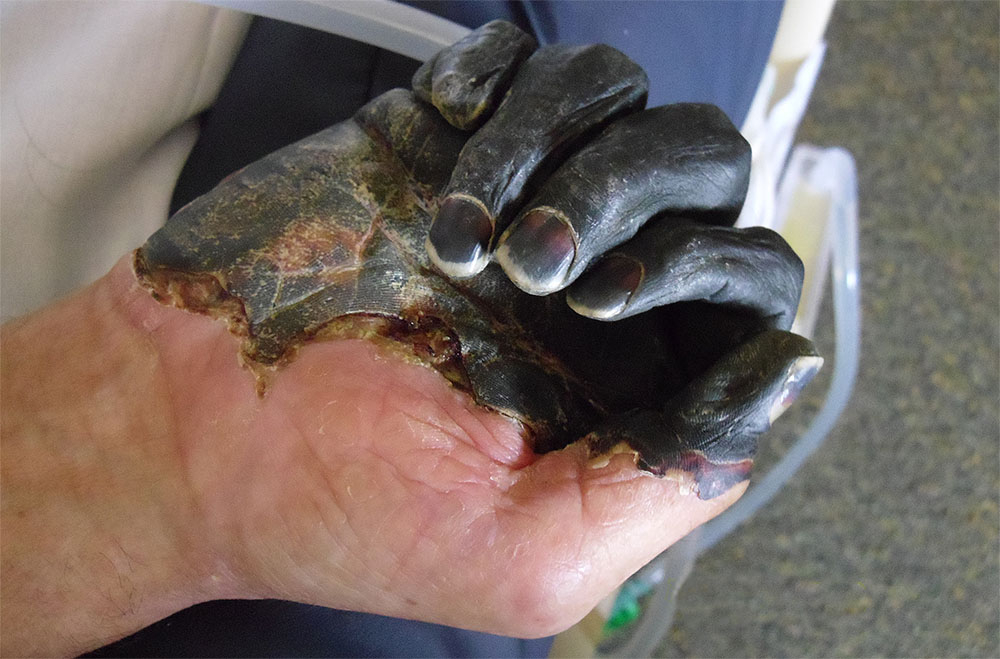 Hands of a 59 year-old man infected by Y. pestis. Decay of distal body parts such as the hands and feet was probably responsible for the name “The Black Death”.

As a study of vector-borne diseases, consider the plague. The plague has been responsible for millions of deaths in the numerous outbreaks that have been recorded for centuries. Plague outbreaks still occur. The plague is caused by a bacterium, Yersinia pestis. It was long thought to be a disease spread directly by rats since rats were common where, historically, major outbreaks of the plague occurred.

This is not exactly how the disease is transmitted. Fleas become infected with the bacteria after they feed off the blood of an infected animal. Y. pestis bacteria reproduce in large numbers in the midgut of the flea and usually do not infect any other flea tissues. 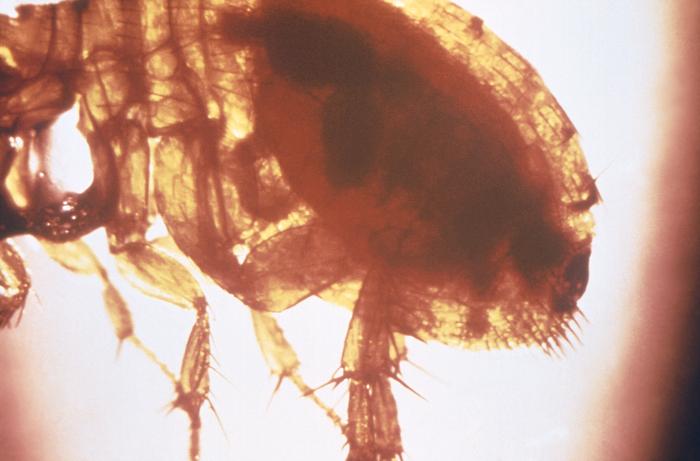 The oriental rat flea, Xenopsylla cheopis. Note that the flea’s midgut and proventricular valve are completely blocked by a mass of blood and Y.pestis bacteria.

The Y.pestis, however, disrupts this process. The bacterial clumps block the proventriculus. Once the valve is blocked, blood meals cannot enter the midgut and the flea begins to starve. The flea feeds more in response to not getting enough food. When the flea tries to feed, it vomits some of the blood (and Y. pestis) back up the esophagus and into the bite wound. The bacterium enters the body through the wound where the flea has bitten its victim. The rat or human is infected with the plague.

Fleas often bite rats which become infected and the bacteria can be passed from rats to insects as uninfected fleas bite infected rats. The fleas then bite humans and the disease is carried to yet another host.

Transmission of the plague highlights the complex and varied ways that zoonotic transmission (spread by way of animal hosts) can occur. Flea-to-rat, rat-to-rat and rat-to-human transmission occurs. 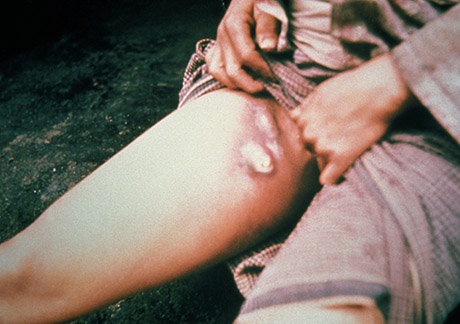 A buboe on a plague patient.
Image source: Wikipedia

Humans develop the characteristic buboes (swollen lymph glands) of bubonic plague, but if the bacteria manage to go the lungs, a deadly pneumonic plague develops. This is uncommon, but exceptions can occur.

All plague cases in an outbreak in Madagascar in Sept. 2015—the third since 2014— were the pneumonic form of plague. Fatality rates for pneumonic plague are almost 100%–nearly always fatal.