Outbreaks, epidemics, and pandemics all involve infectious disease, but there are key differences to consider when epidemiologists classify disease cases.

The occurrence of a disease is classified as an outbreak when it occurs in greater numbers than normally expected.  It could occur in a larger area or region, a smaller community, or even a specific location, such as a hospital.  It can last from days to years or occur seasonally year-after-year. It is generally thought that all cases of an outbreak are related in some way and in general, are more localized than epidemics.

The U.S. Center for Disease Control and Prevention (CDC) sends investigators to outbreak locations to study suspected and confirmed cases of infectious diseases. In a two-year period, the CDC sent scientists and doctors to investigate more than 750 health threats in the United States.   Examples of outbreaks investigated by the CDC include meningococcal disease at universities, food-borne outbreaks, and reported influenza cases.

An epidemic is also an increase in the number of disease cases expected in an area, but is generally a more widespread situation than an outbreak. Though size of the area or region or numbers of disease are not the only factors when classifying an outbreak or epidemic, an epidemic generally has more disease cases over a larger region than an outbreak. The severe acute respiratory syndrome (SARS) epidemic in 2003 affected over 8,000 people worldwide and took the lives of 774 people.

A pandemic is an epidemic that occurs over large areas such as entire countries or continents and affects a large proportion of the population. Pandemics have the potential to spread to multiple countries, especially in today’s ease of global transportation.

In contrast to either outbreaks or epidemics, consider the 2009 H1N1 influenza pandemic. The virus was first detected in the United States in April, 2009 and it spread quickly. 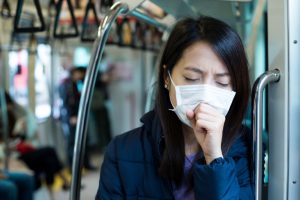 By June 11, 2009, there were so many reported cases worldwide that the World Health Organization declared a global pandemic of influenza was underway.  More than 70 countries had reported cases of the H1N1 infection and the pandemic alert was raised to the highest level.

The virus continued to spread through populations and nearly doubled from June to early July. By then, all 50 states in the United States had cases of the infection. The U.S. reported the largest number of cases of any country worldwide with over 1 million cases.

As you can see, there have been multiple influenza pandemics.  There are a few reasons that influenza pandemics may occur more readily than other pathogenic pandemics. An influenza pandemic can occur when the causative virus for the flu mutates and results in a new subtype of the virus. Because it is a new subtype, people have little or no immunity to it. Also, since the virus spreads so easily through sneezing and coughing, many people can be infected quickly and the disease can spread worldwide, especially with the prevalence of air travel in today’s societies.