Students take on roles of teams of scientists at the World Health Organization (WHO) have an opportunity to apply for major funding to fight an infectious disease worldwide. What disease will they choose to present for the investigation? They have to consider all the factors involved in the disease. Is it likely that the disease can be controlled? Is it a deadly disease? Is it widespread? Their team won’t be selected for funding if they don’t choose carefully!

To better understand factors which can drive the increase in the incidence of disease, students should be able to:

You can hardly believe it!  Your team of scientists at the World Health Organization (WHO) in Geneva, Switzerland just landed an opportunity to apply for funding for a comprehensive investigation of a global emerging or re-emerging disease. Even being selected to apply is an honor; you’ll be applying for the funding along with top epidemiologists and medical doctors from around the world. You have worked alongside some of those teams who have researched and investigated outbreaks and epidemics and have seen first-hand the devastating effects of infectious diseases.

You have been “on loan” from the U.S. National Institute of Allergy and Infectious Disease (NIAID) for the last two years; living in Geneva and traveling to infectious disease hotspots around the world is a dream job for anyone in the field. Now, you know another challenge lies ahead.

The latest rash of disease outbreaks around the world—Ebola, Zika, dengue fever, Valley fever,  and malaria, just to mention a few—have come too close together for comfort for anyone in the infectious disease community.  Four cases of the Black Death in the U.S. certainly got the attention of the public there; you know that many other devastating diseases circulate the globe and could escalate to outbreak or epidemic proportions quickly. The National Institutes of Health (NIH), the Centers for Disease Control (CDC), other countries’ Ministries of Health, and WHO often work collaboratively to tackle dangerous infectious diseases that could spread through populations and even into other countries.

Your team’s investigation into the last Ebola outbreak impressed many epidemiologists and administrators worldwide and captured the notice of many people in positions to fund further projects.

A group of anonymous donors has now agreed to donate the funds necessary for a comprehensive investigation that will include not only a thorough investigation of a particular disease and its infectious pathogen, but also how the project would combat the disease through worldwide efforts. They have the resources to coordinate the kind of interorganizational effort needed to ensure effective strategies in remote locations. Their goal is eventually having complete control of the targeted disease; they know it will be a worldwide, long-term effort.  Your team needs to begin work immediately to assemble a complete proposal for funding. You have the chance to make a significant change in the consequences of an infectious disease worldwide.

You think of all the desperate situations you have seen in your work fighting outbreaks in some of the poorest areas in the world. Billions of people around the world suffer from infectious diseases. These people are often the world’s poorest, lacking resources, access to healthcare, medicine, and the proper nutrition that may make a difference in fighting off crippling disease or death.

Their susceptibility to the presence of infectious agents in turn impairs their ability to earn a living. The cycle continues.

Despite these hardships and challenges, efforts to combat infectious diseases have been highly successful in some cases. Against seemingly overwhelming odds, smallpox was eradicated through multiple strategies worldwide. The last case of smallpox, a disease that killed an estimated 300-500 million people in the 20th century was reported in Somalia in 1977. Guinea worm disease, once reported in hundreds of countries, had only 126 reported cases in 2014 and only 22 cases in 2015. Polio, a crippling viral disease, was eliminated in the United States by 1979 after widespread vaccination programs.

But now, an increase in emerging and re-emerging diseases is occurring. The reasons are complex. In order to attempt to control a disease, the conditions that favor the disease must be understood.

Your team will be presenting your proposal at an international gathering along with other top epidemiological teams. You know there are many diseases that would qualify for this funding opportunity and you also know what a difference it would make to millions of lives if any of them were funded.

You want your team to be chosen for funding and you will have to choose carefully, do thorough research, investigate all necessary actions and cover every angle so that your team’s infectious disease is the one chosen for research funding.

Your team will need to present a compelling argument. You will have to be knowledgeable about every aspect of the infectious disease and the global conditions that make it such a critical healthcare issue.

Final selection of funding will depend on the strength of your proposal. Key considerations should be:

Note: Do not consider budgetary problems—a finance committee will take your recommendations and work up a fiscal proposal.

It is likely that these factors will continue and therefore, disease occurrence will continue to increase along with the factors.  For example, there will always be many areas in the world with poor public health measures; climate changes will continue to be an influence on many aspects of our society as it will be very difficult to stop the negative impact at this point. Microbes will always adapt and human behavior will always undergo changes over time.

Answers will vary.  Look for details about each component of the epidemiology process. You may want to ask students to keep the lists of diseases they investigated. They should have details on multiple diseases in order to make an informed choice.

Answers will vary.  Students should be able to compare/contrast the diseases they investigated and identify their most compelling reason for choosing the disease.

Answers will vary. Make sure the students are logically evaluating the likelihood of success in a global environment.

Allow other students in the class to ask questions throughout.

After all student teams have presented and defended their infectious disease selection, you may want to tell them that the committee has made their decision on funding based on their reports. You can choose an infectious disease and “award” that team the fictional funding. Another option is to have the students present their proposal to another class or group (science club at your school?) and have the group vote on which team presented the most compelling case.

You may want to discuss what the funding would mean for them as epidemiologists and researchers in real life. Years of funding provides financial security, opportunities for travel around the world to study all facets of the infectious disease in varying locales, possible research study publications which greatly further their careers making future funding more likely, the prestige of winning such an important research project, presentations at international conferences, and of course, the rewarding experience of being able to make such a significant contribution to world health. Ask:  How would you feel knowing you had helped eradicate a global health problem and saved many lives?

► Have your students watch the optional video “Killer Virus:  Hunt for the Next Plague”. This 41:32 minute Discovery Channel documentary describes outbreaks of an emerging disease and the team of scientists who travel around the world to investigate the transmission of the Nipah virus. Students see how the steps of epidemiological investigations play out in the real works, find out how teams of scientists work through problems, and understand the worldwide efforts that solve disease outbreaks.
https://www.youtube.com/watch?v=loAps4PuWnI

The Teacher Study Guide for this video is in the Video Study Guides in this Teacher Pages section.

► Invite your county or district public health officer or an epidemiologist from a local university (or both) to talk to your classes about how public health is monitored in your area.

►As part of the module, student teams selected their choices for the diseases that should be studied as part of a comprehensive plan that would address mitigation of disease outbreaks and prevention and control.  After hearing all the presentations, have the students vote on which disease should be funded. Tell them their grade does not depend on the disease being chosen; they should now play the part of the WHO evaluators and choose the disease that will be best addressed by the effort and that has the most possibility for mitigation and control. Students should be able to defend their selection. Hopefully, the teams will not just choose their own disease if there is a better case to be made for another team’s choice.

Students should understand the complexity of the selection. While each disease is worthy of study and attempts to prevent and control it, not all diseases will have the same factors. Social, political, economic, cultural, and environmental factors may have a role in their final choice.

Additional resources about emerging and re-emerging diseases can be found: 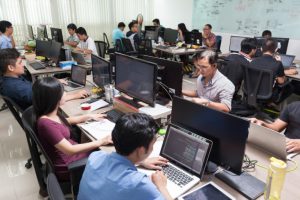 Job Description: Develop applications for computers, phone and other electronic devices and work on systems that run the applications. Work with customers to determine needs and build the functionality to meet the needs. Education: At least a Bachelor’s degree; some positions require a master’s degree. Average Salary:  $98,260 Job Outlook: Good, and expected to grow faster than average for other occupations. 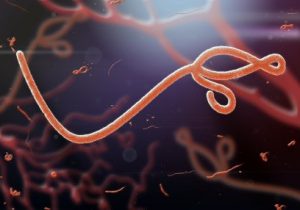 People infected with Ebola develop antibodies during the disease progression. If they survive, the antibodies are thought to provide immunity for at least 10 years. It is not known, however, if they could become infected with a different type of Ebola virus.