Core Idea LS 1: From Molecules to Organisms: Structures and Processes

HS-LS4-2. Construct an explanation based on evidence that the process of evolution primarily results from four factors: 1) the potential for a species to increase in number, 2) the heritable genetic variation of individuals in a species due to mutation and sexual reproduction, …and 4) the proliferation of those organisms that are better able to survive and reproduce in the environment.

HS-LS4-4. Construct an explanation based on evidence for how natural selection leads to adaptation of populations. 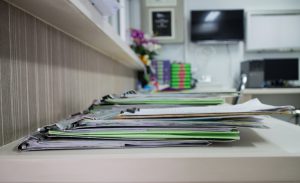 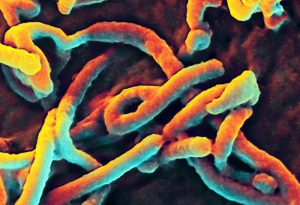 The deadly Ebola outbreak that started in West Africa in 2014 became the largest Ebola outbreak in history. It affected multiple countries, including the U.S., Spain, the United Kingdom, Guinea, Liberia, Sierra Leone, Nigeria, and Senegal. One in two people who get this Ebola virus die. Image: Ebola virions http://phil.cdc.gov/Phil/details.asp