Students investigate a family health situation when a dad’s cough just keeps getting worse and he refuses to go to the doctor!  He says the doctor will give him antibiotics and he doesn’t want to become resistant to them.  He heard on the news how bad it is to become resistant to antibiotics and he doesn’t want to chance it. The student reports that she had heard the news report, too, and something’s not adding up. How can she help her dad?

To better understand antibiotic resistance, students should be able to: 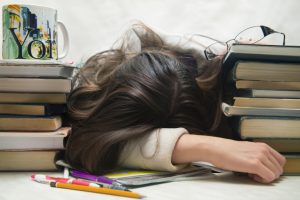 Your alarm clock goes off and you can barely open your eyes to shut it off.  You are so tired!  How are you going to be able to stay awake in class?  Every time you actually fell asleep, you woke up again as your Dad had another bout of coughing. It is getting worse and as usual, he won’t go to the doctor.

You get ready for school, walk into the kitchen, and hear your Mom and Dad arguing. Your dad coughs every time he tries to talk and the cough sounds pretty bad.

“You have to go to the doctor and get something for this!” You could tell that your mom was going to start yelling pretty soon.

“I’m taking this cough medicine I got from the store, but it’s not working. I don’t want to go to the doctor. He’ll just give me the same thing!” my Dad coughs out.

“Dad, tell him what you took and what didn’t work.  He won’t give you the same thing.  You’re sounding really bad, Dad, and looking even worse. Why not go and get something?  Remember when I got that infection and had to take those antibiotics? They worked pretty fast and I got better.” 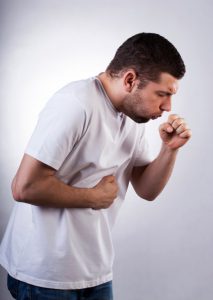 “You really needed those antibiotics, but I don’t—not yet.  And we just heard on the news that if you take antibiotics, you can become resistant to them and then they don’t work when you really need them.  I don’t want that to happen.”

You think there wasn’t much to say to that one.  You heard the story on the news about how serious antibiotic resistance was and you even had a section in your bio book about it last week, but something wasn’t adding up here.  You are studying bacteria and infections in biology class and you have to choose a topic to research. You had been struggling for a few days to find a topic—always the hardest part of an assignment like that—and now it looks like you have it! You’ll research antibiotic resistance for the assignment topic, find out what wasn’t adding up, and help your dad at the same time.

Find out what antibiotic resistance is, how it occurs, and what the consequences are. Then, be ready to explain it to your teacher and classmates for your assignment and to your mom and dad.  Make sure you investigate the topic thoroughly. Your teacher and your parents will have more questions.

Antibiotic resistance is the inability of an antibiotic to kill a bacterial growth. an antibiotic is a drug which fights bacterial infections by either killing the bacteria or by interfering the processes they use to grow and multiply.

Bacteria can become resistant to antibiotic effects. This results is dangerous infections that are difficult to treat and can lead to disability and death.

Bacteria can develop resistance to an antibiotic naturally. But, other mechanisms can produce resistance and as these mechanisms become more prevalent, incidences of resistance can increase and pose serious health threats.

The following processes can cause antibiotic resistance:

Antibiotic resistance can spread as bacteria move from place to place on people or objects or by way of a vector (an organism that can transmit disease). People pass along the resistant bacteria to susceptible people by coughing or contact.

Antibiotic resistance is a serious problem worldwide. Multi-drug resistant strains of bacteria cause serious illness that is difficult to treat. In some cases, lack of effective treatment results in death. Treatment is less effective, the illness is much more severe, and the cost of treating the patient is much higher than in a non-resistant infection.

Devise an experiment that demonstrates the ability of a bacterium to develop antibiotic resistance.

What would be your hypothesis concerning the outcome of the experiment?

What would your data look like from this experiment?

Teacher Note: Answers will vary. Look for the use of the scientific method for experimentation, including variables, controls, procedures, data collection, and conclusions based on the results of the experiment.

► Have the students watch the video “Frontline: The Nightmare Bacteria”. This excellent PBS Frontline report (54:11 minutes) details three case studies of infections from “Superbugs”— bacteria that are antibiotic resistant. Background content about bacteria and antibiotic resistance is highlighted.
https://www.pbs.org/wgbh/frontline/film/hunting-the-nightmare-bacteria/

The Teacher Study Guide for this video is in the Teacher Pages section.

► Invite a microbiologist from a local university to discuss antibiotic resistance with your class.

► Invite someone from the local hospital microbiology lab department to discuss how they test for antibiotic resistance during culture and sensitivity testing on bacterial specimens. They may be able to bring sealed culture specimens with antibiotic discs showing resistance or susceptibility. If not, you may be able to take your students on a tour of the microbiology lab.

► Show the following short videos as you review antibiotic resistance with your students. The concept is sometimes a difficult one to grasp and many students and adults mistakenly think what the father in the scenario thought—that the patient develops a resistance to antibiotics.

CDC—Making Health Care Safer: Stop the Spread of Antibiotic Resistance
A 2:18 minute video describing the status of the spread of antibiotic resistance in healthcare facilities.
https://www.youtube.com/watch?v=EPP9ReyvY2s

Additional resources about bacteria and antibiotic resistance can be found:

in the Something’s Not Adding Up background materials at http://www.pandemsim.com/pdc/index.php/somethings-not-adding-up/

in the Internet Resources for Antibiotic Resistance information at
http://www.pandemsim.com/pdc/index.php/antibiotic-resistance-internet-resources/ 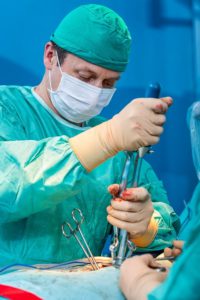 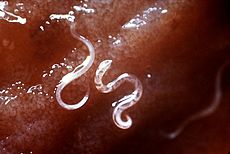 It is estimated that 50% of the global population is infected with a nematode (parasitic worms ). Of the 3.5 billion cases worldwide, the majority are children, 450 million are seriously ill, and 44 million are pregnant women. (NIH) Image: Hookworm, a parasitic blood-sucking roundworm.   https://en.wikipedia.org/wiki/Hookworm_infection