This 54:46 minute PBS documentary details three cases of people who became infected with antibiotic resistant bacteria. The patients are diverse: an 11 ½ year old healthy, active girl, a 19 year-old boy on a mission trip to India, and a woman transferred in the National Institutes of Health (NIH) Clinical Center hospital in Maryland.

Please be aware that this video is at some points difficult to watch. It profiles people who have contracted a severe infection with bacteria that are antibiotic resistant—the bacteria will not respond to antibiotics. The patients become steadily sicker and the many strategies used to treat the infection and the patients’ resulting conditions are largely unsuccessful.

Why would you want to show this video to your students?  Antibiotic resistance is not always an easy concept for some students. The patients, family members, health professionals, and researchers interviewed for this documentary describe antibiotic resistance in easier-to understand terms and the topic unfolds more dramatically as three stories that portray how antibiotic resistance forms, the increasing severity of the problem, and the consequences to resistance.

The accompanying study guide presents questions that will help guide your students through the video. Questions about the three cases highlight main points about antibiotic resistance and the threat it poses to their health. These are real-life cases. The people shown in the video were devastatingly affected by antibiotic resistant bacterial infections. Underlying the stories is the ever-present fact that this could happen to anyone.

It is recommended that you watch the video before showing it to your classes.  In class, you can always fast-forward through some parts if you know where they fall in the video.  Record the times as you preview the video so you know when you want to pause and fast-forward.

You may also want to pause periodically for questions from students, to discuss a point more fully, or to allow your students to answer the study guide questions in more detail. You may also have questions of your own to add to the study guide. The study guide emphasizes the science behind antibiotic resistance and the epidemiological investigations of the infections, but also includes questions concerning other aspects of our society such as the economic considerations of pharmaceutical companies and the political aspects that influence medical research. You may choose to just use the questions in class to spark discussions and access the comprehension of your students for video content without the students answering the questions during viewing.

After the video, take a few minutes to discuss careers with your students.  What types of careers do they see portrayed in the video? How many different types of professionals are studying the problem of antibiotic resistance?

What was Addie’s infection?  Explain specifically what this infection was and how Addie got it.

Addie had community associated MRSA (Methicillin Resistant Staphylococcus aureus). MRSA was usually picked up in hospital settings, but then was more routinely discovered to be out in the environments of the community.

Addie probably had the typical scrapes and cuts of the average 11 ½ year old and most likely picked at the scabs.  MRSA  bacteria were introduced into her body at that time.

When a patient is connected to an ECMO (extracorporeal membrane oxygenation) machine, blood passes out of the body through large tubes and passes through the machine that does what the lungs should do; it oxygenates the blood.

The tubes can harbor bacteria.  Any patient put on ECMO is at increased risk of getting other infections.

Addie was infected with Stenotrophomonas bacteria. It is a naturally resistant bacterium.

The doctor said that the factors that decided the matter for him were 1) Addie’s mother was an advocate for the transplant and 2) Addie was not an unresponsive body; she communicated with them and let them know she still was a responsive person.

The group took a short cut and walked over train tracks. David said the train clipped the sleeve of his shirt and dragged him under the train. He lost a lot of blood at the train tracks and they rushed him to a hospital.

David said that the doctor came in, took out a large machete-type knife, told nurses to hold him down, and started cutting off his leg.

India was having a “Super-bug Crisis”. Delhi water was contaminated with antibiotic resistant bacteria with the NDM 1 gene that makes bacteria resistant to almost all antibiotics. The gene can “jump” from one bacteria to another and pass along the resistance.

The original bacteria had passed along the gene for resistance to other infections in his leg. He had multiple infections and all were resistant.

They tried a 1940’s antibiotic, colistin. The colistin had side effects and was toxic to other parts of David’s body. The doctors had to amputate more of David’s leg.

They went on high alert to prevent the spread. They had an “enhanced contact isolation” procedure, they put the patient room at the end of the hall, and they had strict procedures for medical personnel to wear protective clothing and for hand-washing.

It worked initially because the woman was discharged and for 5 weeks there were no other cases.

Another case of KPC turned up in a respiratory culture. As they investigated the infection, other cases occurred. They had an outbreak.

They tried combinations of different antibiotics, they used experimental antibiotics, they created a separate KPC patient area, and they got robots to clean the areas. No matter what they did, the bacterial infections still spread.

Some patients were silent carriers. Silent carriers can transmit bacteria while not sick with any symptoms.  High tech genomic tests revealed that the outbreak would be much more difficult to contain.

If you need an antibiotic, you only need it for a short time. Drug companies didn’t think they could make as big a profit on antibiotics as they could other drugs; it costs a lot of money to get a drug on the market and drug companies want to make more of a profit on what they produce even though antibiotics that are effective against the gram negative bacteria could save lives.

Addie finally returned home after her double lung transplant. She says she is doing well, but she is weak and takes a lot of medicine to keep her functioning. She has pneumonia often, and it is always a worry that other antibiotic resistant bacteria will infect her.

The survival rate for people like Addie with double lung transplants is 80% for the first year and 50% for five years. Addie’s Mom says they have just bought her some time.

Addie was healthy, but she got infected with an antibiotic resistant bacteria.  This could happen to anyone.

It took additional surgeries and more toxic antibiotics to remove most of the bacteria from his leg. Doctors have told him that there is possibility that it is not all removed and that it may come back.

He has only 6 inches of tissue left and no muscle tissue where his leg used to be, but he walks with a prosthetic leg.

They worked to clear the infection out of the hospital and no more patients came down with resistant infections for over a year. Then, another patient who had been admitted died from a KPC infection. 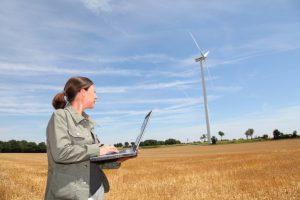 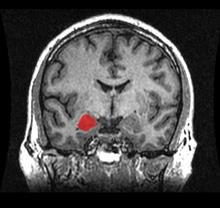 Chronic brain injuries, such as the kind that are acquired through physical contact sports, damage the amygdala, a portion of the brain that processes emotions. Evidence suggests that football players with multiple concussions can react violently and then commit suicide due to damage to the amygdala. Image: MRI image of the right amygdala. https://en.wikipedia.org/wiki/Amygdala