The lymphatic system—a network of vessels, ducts, glands, and nodes—functions to carry excess fluid away from spaces within body tissues (interstitial spaces) and plays a key role in defending the body against disease-causing agents (pathogens). The organs and tissues of the lymphatic system are also considered organs of the immune system.

To understand how the lymphatic system can defend the body against pathogens, you should be able to:

capillary—a small, blood vessel that connects a venule and an arteriole.

inflammation—a tissue response that includes an increase of fluid in the affected area.

lymph—fluid transported in the lymphatic system.

lymph node—a mass of lymph tissue located along lymphatic pathways in the body which function in immunity.

lymphocyte—a type of white blood cell that fights pathogens in the body.

macrophage—a large cell that engulfs and destroys disease-causing agents and cell fragments in the body.

spleen—a large organ located in the upper left abdomen that functions as a blood reservoir and filter.

thymus—a two-lobed organ located behind the sternum and between the lungs which functions in providing immunity.

Lymph carries proteins, water, viruses, bacteria, toxins and cellular waste products and transports them to and from tissues. The structure of lymph vessels allows these substances to enter a lymph capillary when most would be too large to enter a blood capillary. The flow of lymph through the lymphatic system is accomplished through:

Valves in lymph vessels prevent the backflow of lymph in much the same way as backflow of blood is prevented in veins.

from the interstitial spaces to enter a lymphatic capillary.

Once tissue fluid is in a lymph capillary, it is called lymph.

Afferent lymphatic vessels—These vessels are formed by lymphatic capillaries and have a structure similar to veins.

Walls have three layers (a lining, a smooth muscle layer, and an outer layer of connective
tissue) and flap-like valves.  Valves prevent backflow of lymph; lymph can only travel one
way through the pathway.

Lymph nodes are specialized organs located along the pathway of lymphatic vessels which filter lymph.

Lymph nodes vary in size but are about 2.5 cm (1in) in length and bean-shaped.

They produce large numbers of lymphocytes, specialized white cells which can defend the body against bacteria and viruses. Macrophages, cells that can engulf and destroy foreign substances and damaged cells, are also present in the lymph nodes. Foreign substances and cellular debris are filtered through the node tissues.

Efferent lymphatic vessels—carry lymph out of the node and merge with other vessels to form:

These trunks join one of two collecting ducts:

1) Thoracic duct—begins in the abdomen and extends upward through the diaphragm in front of the vertebral column and empties into the left subclavian vein.

This duct drains lymph from the lower body regions, left arm, and left side of the head
and neck.

2) Right lymphatic duct—begins in right thorax and empties into the right subclavian vein.

This duct drains lymph from the right side of the head and neck, right arm, and right
thorax.

Lymph leaves the ducts, enters the venous system of blood (in the right subclavian vein), and becomes part of the plasma just before blood returns to the right atrium of the heart.

Besides the lymph nodes, two other organs of the lymphatic system work to defend the body against pathogens.

1) The thymus is a bi-lobed organ located

in front of the aorta and behind the sternum. The thymus is much larger in children and decreases in size after puberty. It

may be mostly replaced by connective tissue in elderly people.

The thymus contains lymphocytes that developed in bone marrow.  Some of these lymphocytes further develop into T-lymphocytes which leave the thymus and provide a type of immunity.

2) The spleen is the largest lymphatic

organ. It is located in the upper left abdominal cavity, beneath the diaphragm, and behind the stomach.  Unlike other lymphatic

organs, the spaces in the spleen are filled with blood, not lymph.

The spleen functions as a blood reservoir. Blood can be stored in the spleen, and in time of increased need, can be released into circulation.

Macrophages get rid of red blood cell fragments that have ruptured during passage through the capillaries. Macrophages also engulf and destroy bacteria. 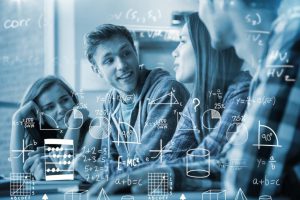 Collects and analyzes data to solve problems in business, engineering, health sciences and other fields. They apply statistical theories to specific problems to interpret and present solutions. Education    Master’s degree in statistics; Bachelor’s degree for some entry-level jobs. Average Salary    $75,560 Job Outlook          Much faster than average

What’s in a name?

The Ebola disease was discovered in 1976. It was named after the Ebola River in the Democratic Republic of the Congo which is near where the first Ebola case was found.